The scourge of distracted driving in Canada

Fatal collisions are on the rise in Canada, and compared to peer countries we are not doing well. In data drawn from the latest WHO reports, Canada has slipped from 28th to 31st place in the global rankings of per capita, per annum traffic deaths. In those same rankings we are likewise far behind countries with similar economies and climates in the number of fatalities per billion kilometers driven. That rate is 3.0 deaths for Norway, 3.8 for Sweden, and 5.1 for Canada. According to the latest (and late, 2018) numbers from Transport Canada, annual motor-vehicle-related fatalities are up 3.6% from the year before, to a rate of 5.2 deaths per million population.

How can roads be getting less safe for Canadians, at a time when when vehicle crashworthiness is progressing in leaps and bounds? One commonly-cited reason is the incidence of distracted driving behaviours threatening the life and limb of drivers and everyone around them.

Distraction can mean many things (personal grooming, looking at passengers) but the most critical problem seems to be the use of hand-held electronic communication devices (ECDs) such as smartphones and laptops.

In a recent 58-page white paper, the CCMTA Distracted Driving Task Force flags ECD use (i.e. phoning and texting) while driving as an especially “serious and growing threat to road safety in Canada” (§1.0). It is especially prevalent among younger drivers (§3.3.1), meaning it’s likely to get worse unless we find a way to reduce it.

Section 3.2.1 of that report tells us that

Those are estimates based on collision reports, which are as reliable as any source we have for Canada. With 1,922 fatalities and 9,494 serious injuries reported each year on Canadian roads, that means more than one death and more than seven serious injuries per day involving distraction.

A daily occurance in Canada. Click image for story via Saskatoon StarPhoenix.

All Canadian provinces have acknowledged the gravity of the problem by formulating laws against talking or texting on hand-held ECDs while driving, as detailed in Appendix B of the CCMTA report. But what, if anything, are we doing to detect and enforce these deadly habits?

The detection methods are a curiously mixed bag. As the CCMTA report notes (§1.0),

[e]nforcement agencies in Canada and around the world use a variety of techniques to identify distracted drivers including undercover police enforcement such as roadside workers or plainclothes officers observing at roadside; elevated vantage points like buses, SUVs, or overpasses; and the use of technologies such as frequency detecting devices, camera scopes and stationary roadside cameras.

The report lays out these various detection techniques in Section 6.3. They range in everything from police disguised as homeless window-washers (§6.3.1) or peering down from helicopters (§6.3.2) to data-scraping mobile phone “textalyzers” (§6.3.3). None of those methods has been effective in assessing the scope of the problem, or in decreasing its prevalence.

The only remote technique for assessing the rate of texting-while-driving in moving vehicles is the stationary roadside camera system, described as follows in §6.6 of the CCMTA report.

An emerging technology that is so far unique to Australia is a stationary road-side traffic camera that can detect cell phone use and automatically issue tickets like a speed camera. A prototype was tested in Melbourne, Victoria in 2017, and detected 272 distracted drivers in a 5-hour test on one lane of a freeway. On March 6, 2018, legislation was introduced to amend the previous Road Safety bill [to] allow the use of this camera-based technology to enforce mobile phone offences ….

The CCMTA authors should be commended for picking up on this novel detection method — namely, the Acusensus ‘Heads-Up’ camera and AI system — as early as 2018. But their description of the ticketing process is misleading.

Here’s how it actually works. The Heads-Up system entails a compact bundle of cameras, designed to function in all lighting and weather conditions, which send photos of vehicle cabin activity to an AI system. The cameras are angled down, for an optimized view of furtive, below-dash ECD use.

The AI is trained to notice — with great accuracy, and in an instant — when a driver is holding a phone or tablet, or failing to wear a seatbelt. When it detects a vehicle of interest, the system automatically crops the photo to focus on the body of the driver in question, and it estimates the likelihood of an ECD or seatbelt infraction. The system can also log the driving speed, and store an image of the license plate when it detects an infraction.

When reckless behaviours are detected, all of this information — the speed, the plate number, the cropped driver photo and the likelihood of a texting or seatbelt infraction, expressed as a percentage — are immediately relayed to a human adjudicator in a remote command station. If there’s a clear infraction, based on the adjudicator’s assessment of the machine-flagged photo, then they can either issue a ticket directly, or else alert an enforcement officer up the road from where the photo was taken. (The ticketing protocol differs from region to region.) In either case, the ticket is accompanied by a photo of the alleged infraction(s), so drivers can see for themselves. License plate information is only retained for vehicles of interest, but all speeds and AI-detected infractions are logged by the system, allowing for anonymized, accurate and verifiable compiling of ECD, seatbelt and speeding infraction rates.

So this Australian innovation doesn’t “automatically issue tickets” as the CCMTA report suggests. And it’s important to realize that it detects seatbelt use and speeding as well as ECD use. It was indeed an “emerging technology” when CCMTA described it two years ago, but since then it has been successfully deployed for enforcement in the New South Wales (Australia), where infraction rates have dropped from 1.22% per vehicle (pilot of January 2019) to 0.27% (statement of June 2020).

In short, this system allows for fair and accurate assessment of multiple dangerous behaviours, and — crucially — it resulted in a dramatic reduction in dangerous driving thanks to the right combination of legislation, enforcement and public messaging. As noted on the excellent Transport for NSW program information page, the Monash University Accident Research Centre estimates that the Heads-Up program will result in a reduction of ~100 fatal and serious injury crashes over a five-year period in New South Wales alone.

The need for leadership

The dramatic reduction of road trauma brings us back to Sweden, which has 2.2 traffic deaths per million population per annum, compared to Canada’s 5.8. This difference has little to do with climate, say, or distance travelled, or anything else besides safety culture. The Swedish Transport Administration are leaders in road safety, and they have the data to prove it.

The Swedes were at the forefront of the evidence-based safe systems approach to road safety, epitomized by their legendarily principled and effective Vision Zero program which began in 1997. The Vision Zero founders, including Claes Tingvall, Director of Traffic Safety at Swedish Transport Administration, contended that every road death and serious injury is preventable, and that we must do everything within our means to eliminate road trauma. In his own words: 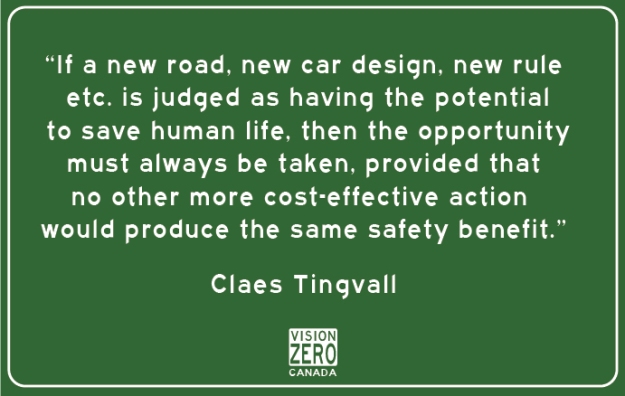 The Heads-Up system clearly has the potential to accurately assess and reduce the incidence of ECD, seatbelt and speeding infractions on our roads. So until a better system comes along, we need to embrace it like our lives depend on it. In the present case all we have to do is follow the excellent example of New South Wales, who have been exemplary in their choice of technology, as well as in their legislation, enforcement, measurement and public messaging. The first step in Canada would be to pilot the equipment with the plate detection disabled, allowing us to test the equipment and to accurately assess rates of distracted driving, seat belt use and speeding.

Seriously, Canada … what are we waiting for? 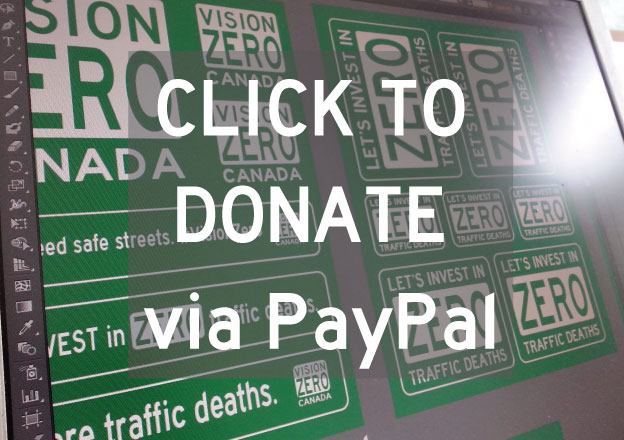 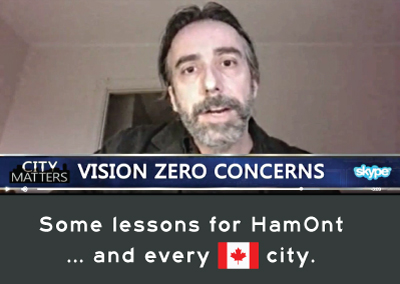 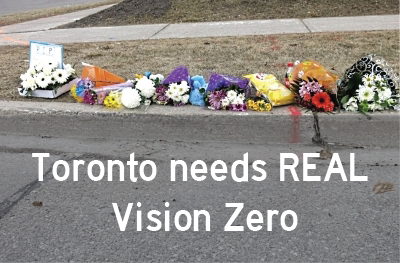 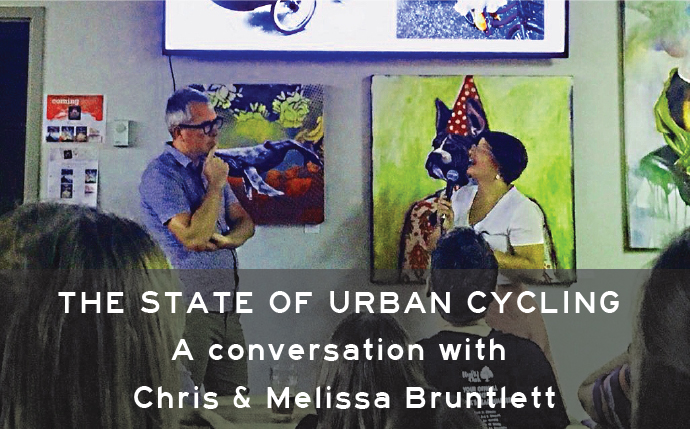 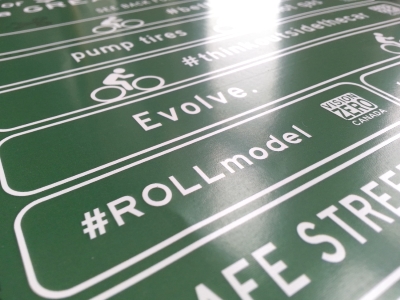